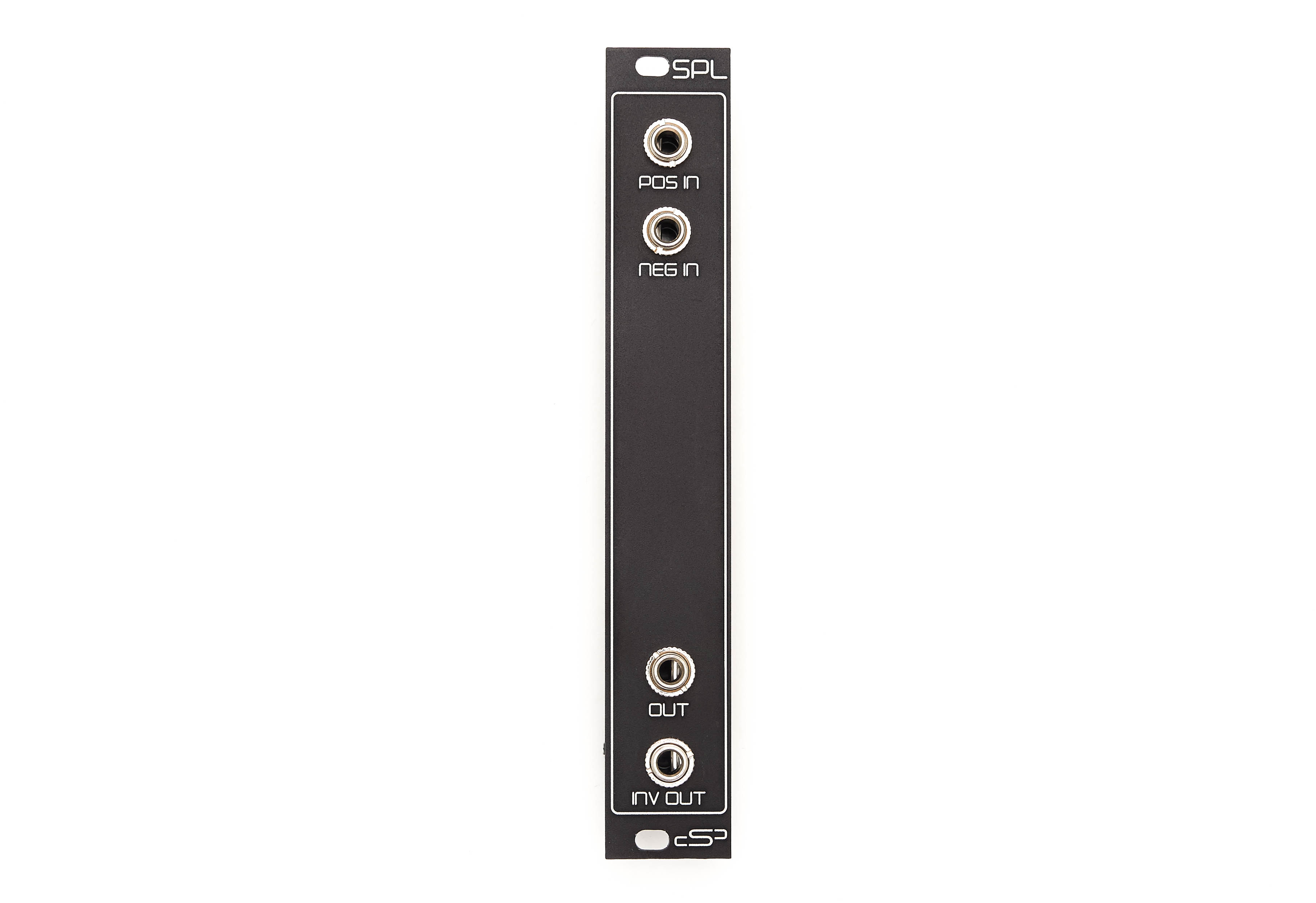 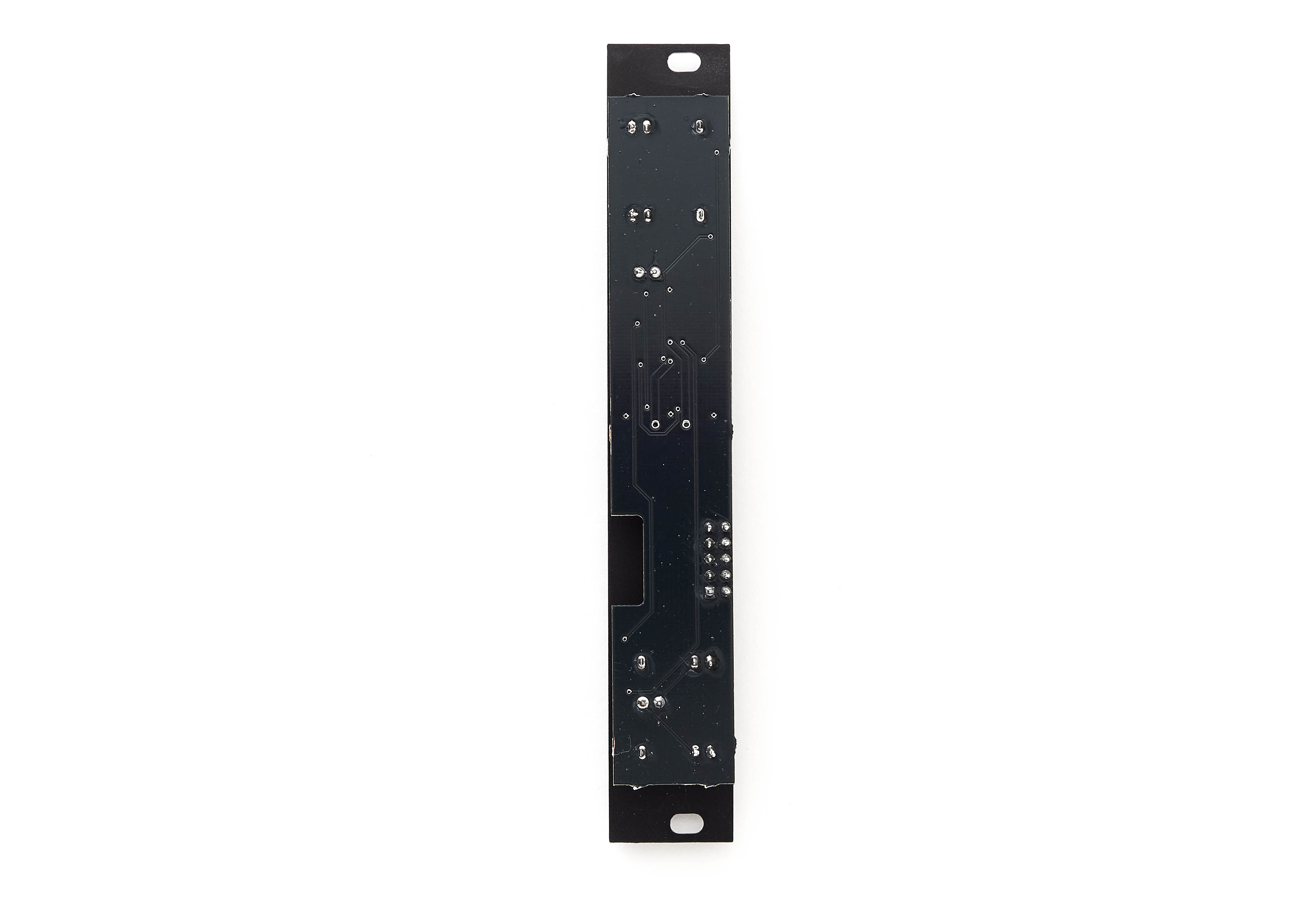 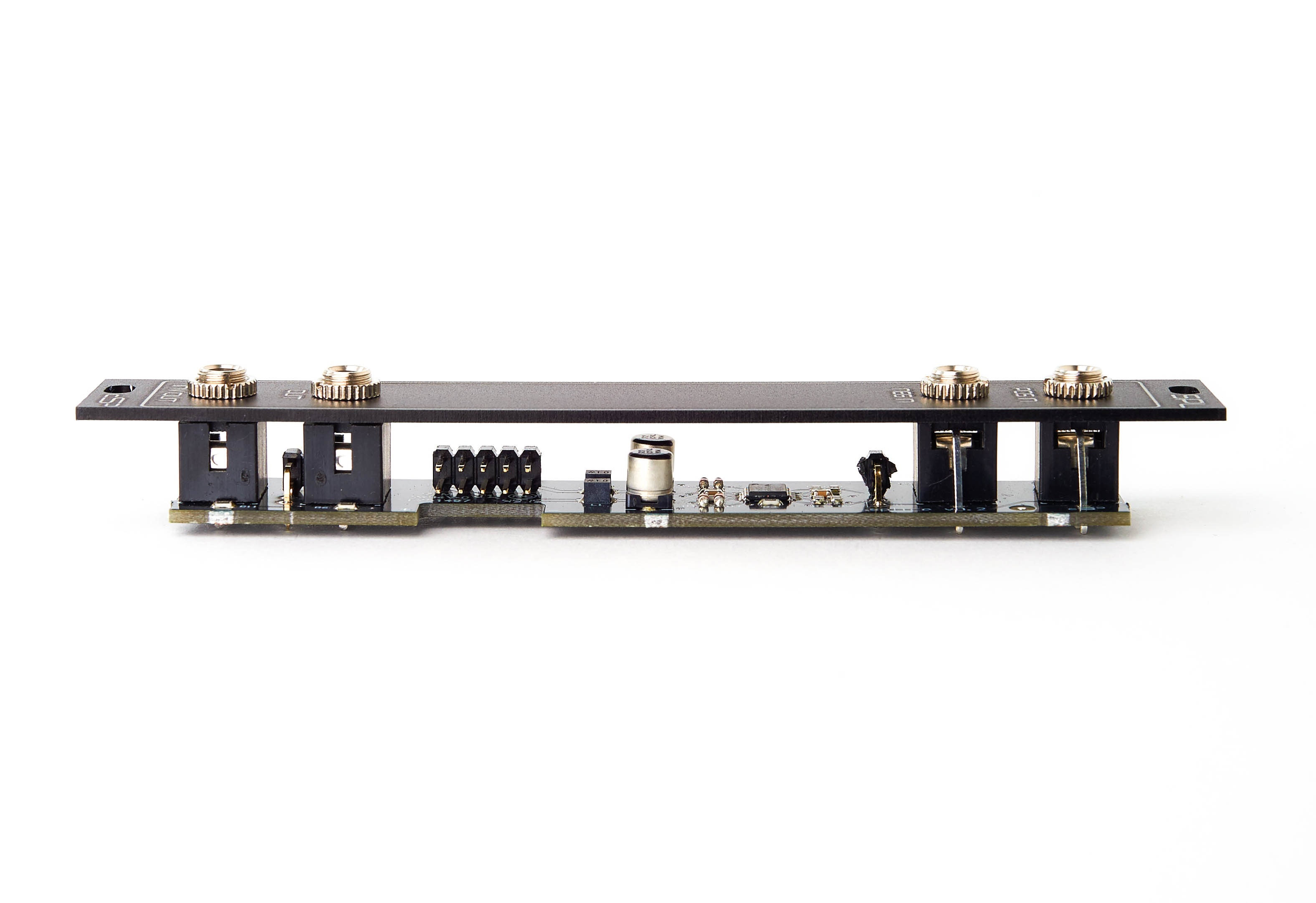 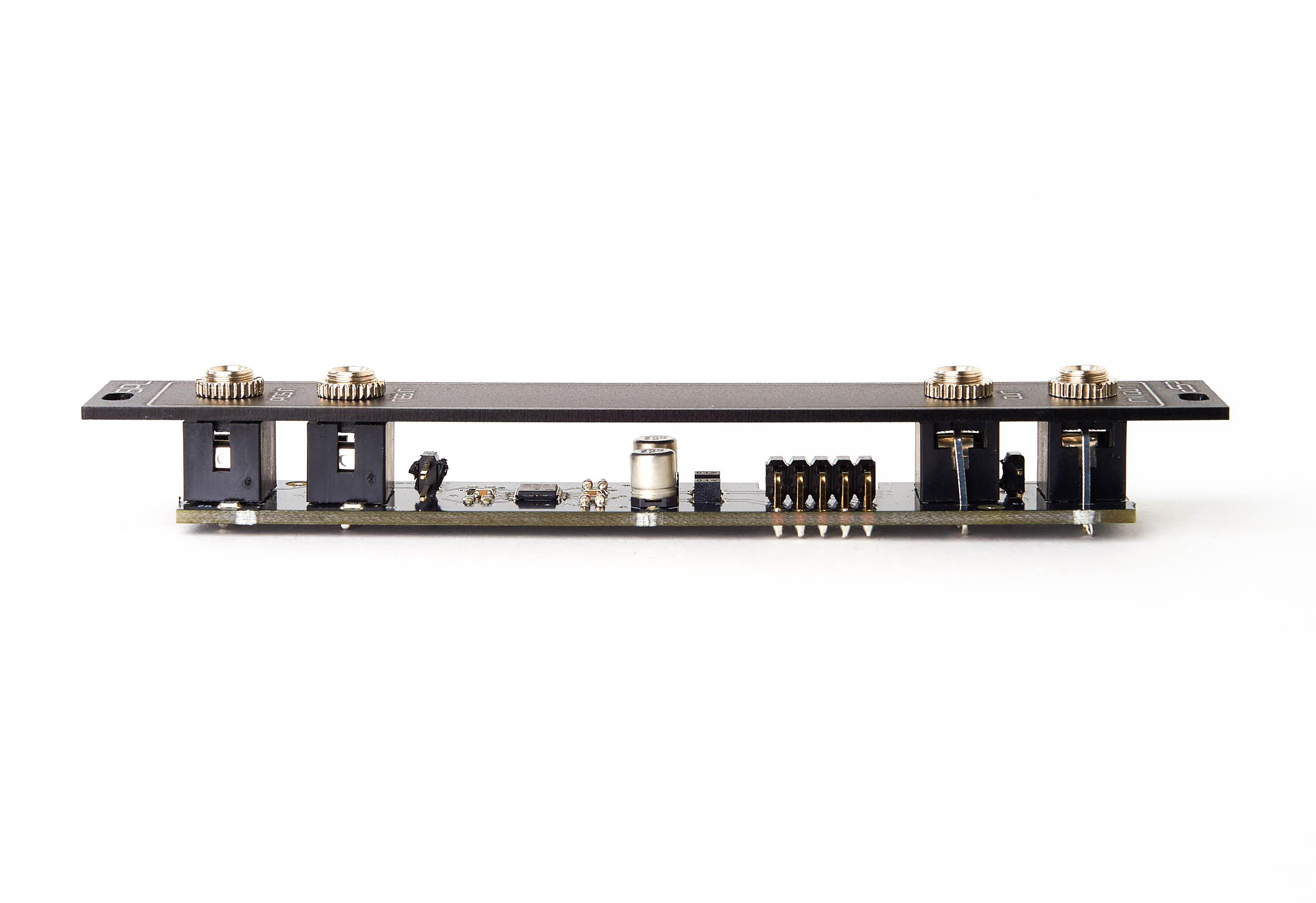 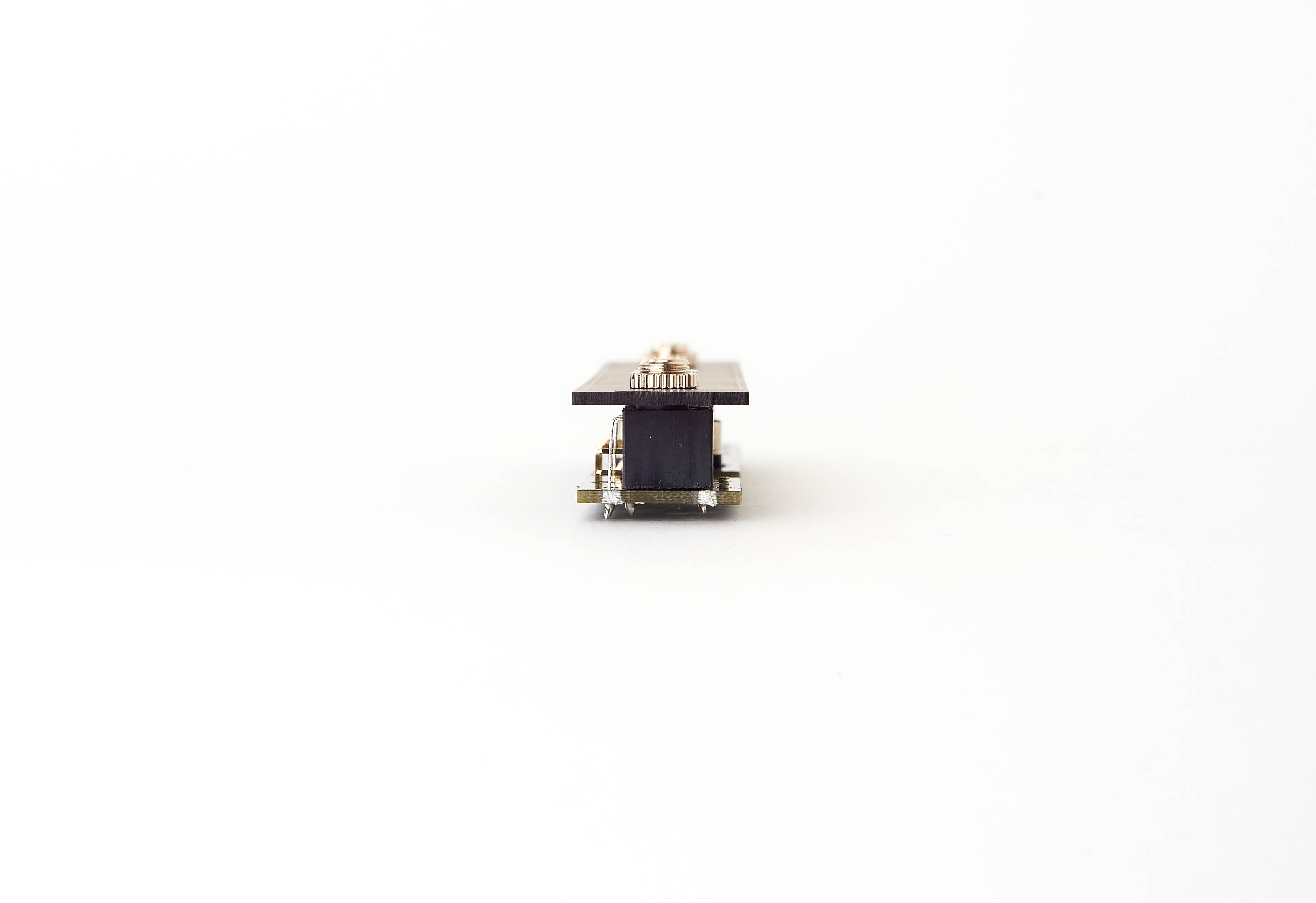 The splicer module allows you to combine the positive and negative amounts of two independent signals.

For example the module can be used to splice different waveforms from a VCO together, resulting in a new timbres not often heard. Nice effects can also be achieved if the input signals not only differ in form but also in frequency and/or phase, which results in constantly shifting timbres.

The “spliced” signal is also available inverted on a second output jack.