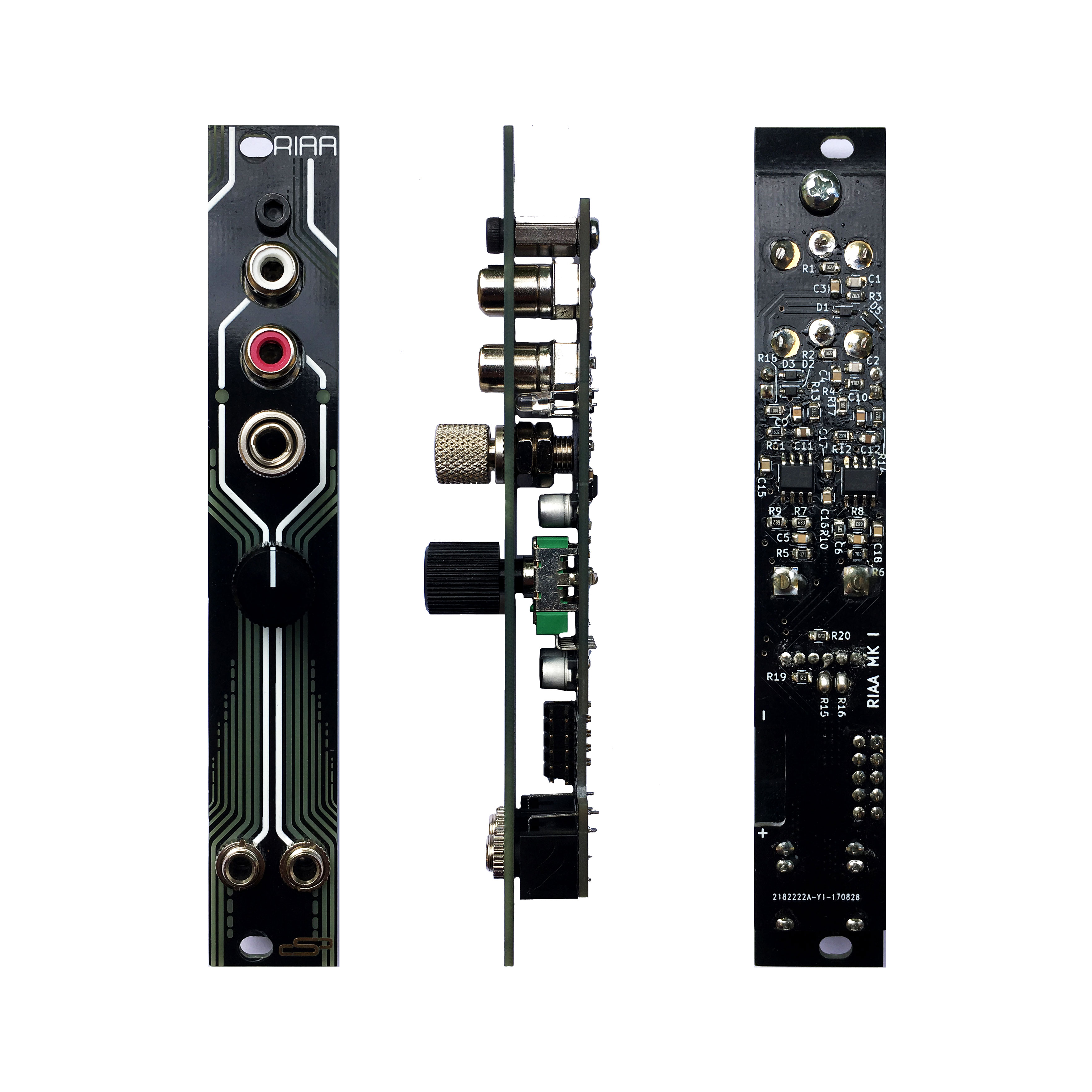 Since sampling becomes more and more popular in eurorack, thus a phono preamplifier could come in very handy to directly sample from vinyl. RIAA is a preamplifier to bring phono signals up to the hot levels of eurorack modular synthesizers.

It’s a stereo preamplifier with designated ground binding post for hum-free operation.
The amplifier is divided into two gain stages:
Stage one features a RIAA conform frequency response.
Stage two has a linear response and adjustable gain. Its purpose is to bring the signal from line level up to eurorack level. You can adjust the output level with a stereo potentiometer, two LED’s indicate when signal level is +/-5V.